Have you joined your local HBA (Home Builders Association) or BIA (Building Industry Association) yet? If not, you can find out what the closest one to you is by heading over to www.nahb.org I live in the Philadelphia area, so I belong to the BIA of Philadelphia, but I also do attend events for two of the other local HBA’s that we have in the area-HBA of Chester and Delaware Counties as well as HBA of Bucks and Montgomery Counties.

Every so often they have different networking events like happy hours for members and even non-members and different educational sessions and meetings. It’s definitely great to get involved with the industry on your local level, meet a lot of different people who are in the same field as you are, make some great new connections. So I strongly encourage everyone to check out your local HBA or BIA, join and get involved.

Today I wanted to talk to you about my trip to spring leadership meetings for the NAHB, which were held in Washington DC from Wednesday, June 5th through Saturday, June 8th. If you’ve never been to DC before, I would definitely recommend going to check it out. It’s a beautiful city and obviously our nation’s capitol. So if you’ve never been, it’s just a great touristy destination that you should check out. The city is absolutely gorgeous and, they have the most amazing metro system. So when you go to DC definitely do not get a car. All you need is just travel by metro. The best part about it is it’s so easy to use.

It’s absolutely gorgeous and clean and safe and you can get anywhere you want in a city so much faster, without sitting in traffic. So that’s definitely my tip number one for you. If you guys do go to spring leadership meetings, do not bother with a rental car, just go straight to metro.  I’ve been to DC many times before and I absolutely love that city. Definitely one of my favorite destinations in the US.

National Association of Home Builders leadership meetings take place twice a year and the spring meeting was held in DC. So for those of you who are not really familiar with the NAHB, which is the National Association of Home Builders, they help their members build communities each year and NAHB members construct about 80% of the new homes built in the United States.

That includes both single family as well as multifamily, a federation of more than 700 state and local associations. It represents more than 140,000 members. So if you’re not a member already, definitely go ahead, check it out and join.

About one third are home builders and remodelers and the rest work in closely related specialties such as sales and marketing, housing finance and manufacturing and supplying building materials. NAHB is member-driven with more than 1,700 members serving on the association’s leadership council, which elects the senior officers and help set the association’s agenda.  Since it was founded in the early 1940s NAHB has served as a voice of America’s housing industry. NAHB works to ensure that housing is a national priority and that all Americans have access to safe, decent, and affordable housing, whether they choose to buy or rent.

Achieving that goal is increasingly difficult in today’s unsettled political and financial environment, one in which the concept of home ownership as a national priority is very much under attack. So NAHB champions laws and regulations designed to reverse these trends drive down the value of the nations housing stock, drive up the cost of rental housing.

NAHB also provides the educational opportunities including the International Builders Show or IBS, which yours truly is going to be speaking at in January. So you guys got to come to that, which is the single most important event in the year for the home building industry and the world’s largest show for its kind for residential and light commercial construction industry.

NAHB also comprises of several committees and councils, it’s more than just the trade association. Its community is made up of hardworking individuals, people focused on providing Americans with quality homes. So through its committees and councils NAHB gives association members an opportunity to connect, engage, learn and push the housing industry, the foundation of US economy forward.

Because association can only be as effective, its members who serve, taken an active role in volunteering on various committees is vitally important to the health and longevity of the association. Often Committee and council members set the stage for the policy agenda and other association objectives, established and executed by the board of directors.

Even if you’re not on the committee, you can still attend leadership meetings to learn what goes on, what they discuss. And that is a good way to get involved in that and figure out which committees or councils you want to be a part of. So as far as committees go, there’s a long list of different committees from Young Professionals, to Single Family Builders Committee.

These are just a couple of the committees that are, part of NAHB and then they do have several councils. So for example, the 20 clubs -it’s comprised of builders and remodelers from noncompeting markets who meet several times a year to share their wisdom and learn ways to improve operations and increase bottom line. So it’s almost like having a mastermind-they share all their financials, they look at troubled spots and offer each other advice on how to increase their profit ratios and improve their performance. It’s a really great way to connect with other homebuilders and learn from each other and improve the business.

As far as the council’s go you have a 55+ Housing Industry Council and National Sales and Marketing Council, which is near and dear to a lot of salespeople. And it’s a great one to get involved in if you’re not sure which one you’d want to pick, as well NAHB Professional Women in Building Council. So let’s talk a little bit about national sales and marketing council since it applies to most of us.

The benefits of joining NSMC are networking, education, recognition as well as resources. As far as networking goes, there are several opportunities to connect with fellow, members and share ideas. Some of the highlights would be the Sales Central at the International Builders Show. That’s definitely the spot to be. If you’re going to be at IBS, I would recommend checking it out.

I got to personally sit in on national sales and marketing council meetings as well as the young professionals committee meetings. Those are the two I feel like I could get involved with. It was definitely interested to sit in, I was more of a silent observer taking in what was being discussed and seeing how that relates to the local level, what I’m hearing from my BIA and HBA.

Young Professionals Council by far has the coolest people. I should have some of the people that I met, during the event on my podcast coming up, so you guys will get to meet some of these awesome individuals who are involved in making a difference for the organization.

When I arrived in DC on Wednesday, unfortunately I didn’t get into town early enough, as Wednesday was when the members marched on Capitol Hill to meet with their congressional leaders to explain their position on housing issues. Basically it’s a great opportunity for our organization to influence the politics, and really voice our opinions as to what direction the building industry should go in and listen to what our elected representatives in congress have to say about it and hopefully influence the outcome of some of the potential decisions that are being made on our behalf.

One of the ways that you can support this movement is through BUILD PAC. BUILD-PAC, NAHB’s bipartisan political arm, helps elect pro-housing, pro-business candidates to federal office and is critical to NAHB’s success on Capitol Hill. Thad a fun fundraising activity going on during the event, where they were selling these awesome BUILD PAC socks. The funds that are raised through these activities support pro housing political candidates, both on federal as well as state level as well as issues that are critical to housing industry.

Another cool thing that I got to do was to attend the actual leadership meeting on Saturday, and I was asked to be a roving reporter for that, which I was totally freaking out about because this was my first venture into attending these meetings. And I really, really had no idea who was who and what was going on and how these things went.

As a roving reporter was-I had to interject in the middle of these leadership meetings and interview several people about their experience at the meetings. For example, the march on Capitol Hill how that went, what were some of the outcomes etc. Of course some of the hot topics were shortage of labor which is not surprising and housing affordability, which again is not surprising at all.

Those are the two hot topics that have been in our industry and something needs to be done about that for sure. I got to interview several people and talk about their experience, during this leadership meetings. I got to meet so many amazing people. And again, hopefully I will have some of them on my podcast as well.

From my involvement I’ve met so many incredible people and attended so many great networking events that certainly have benefited me. And I think it’s just natural that we would want to shape the future of this organization and shape the future of this business. If you think about it, the only way you can do it is by getting involved. So start by getting involved on the local level through your HBA or BIA. And then if you’re able to, get involved on a national level. Head on over to NAHB.org  to see how you can get involved.

Right-click and save as for a direct download of this episode. 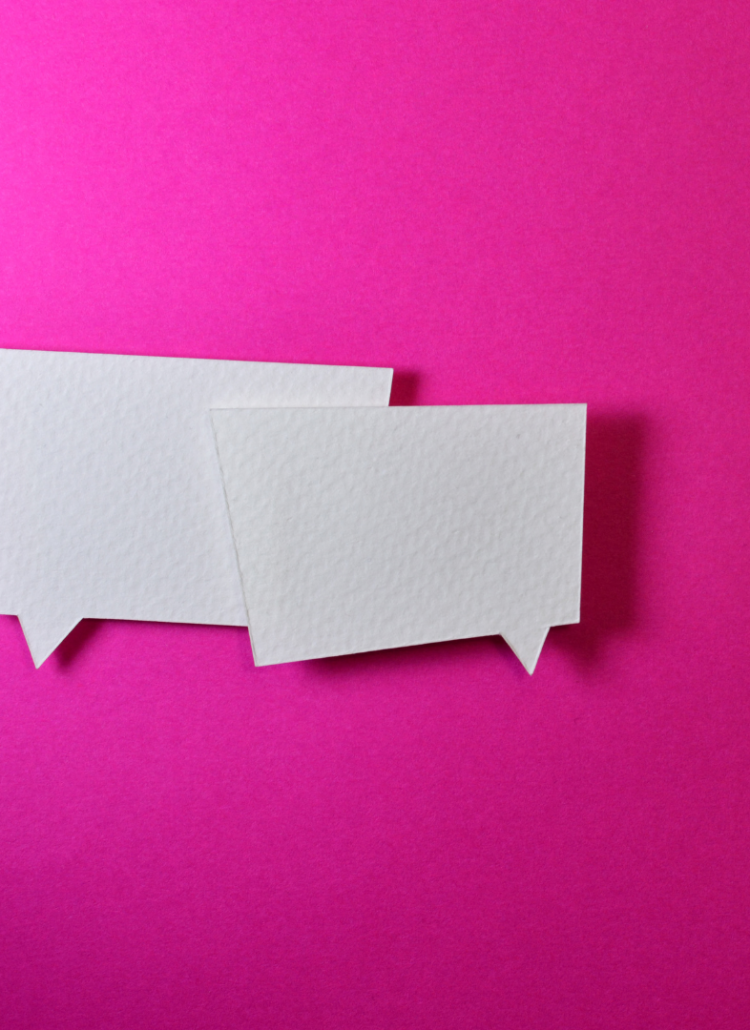 Episode #128: A Candid Conversation About Gender Roles in Homebuilding with Ladi March-Goldwire 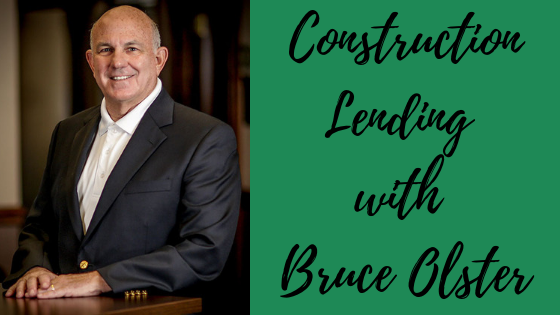 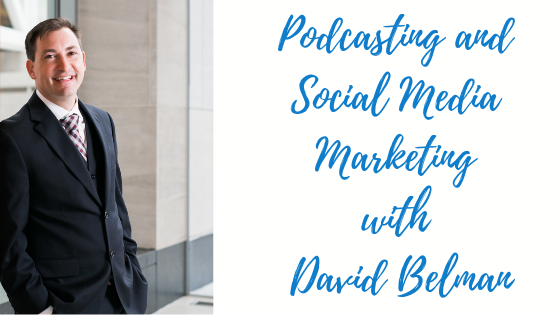 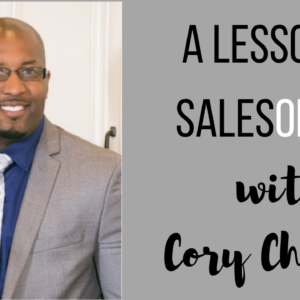 Episode #52 A Lesson in SalesOlogy with Cory Charles 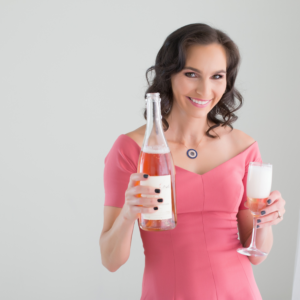